View our Bioavailable minerals and their relationship to human health poster. Click Here.

In stock (can be backordered) 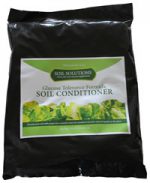 Those with infertility or impotence issues may have deficiencies in any of the following minerals:
Impotence:  Selenium, Zinc, Manganese, Calcium, Chromium, Iodine, or Sulfur

Application Instructions:
Greenhouse Use: Mix with 1 yard of clean topsoil
Vegetable Garden Use: Mix or till into a 10’x10’ garden, 3 inches in depth or sprinkle in seed trench (100 ft. max)

One serving of our Fertility or Impotency Formula treated soil is equivalent to the number of servings pictured in the control soil. 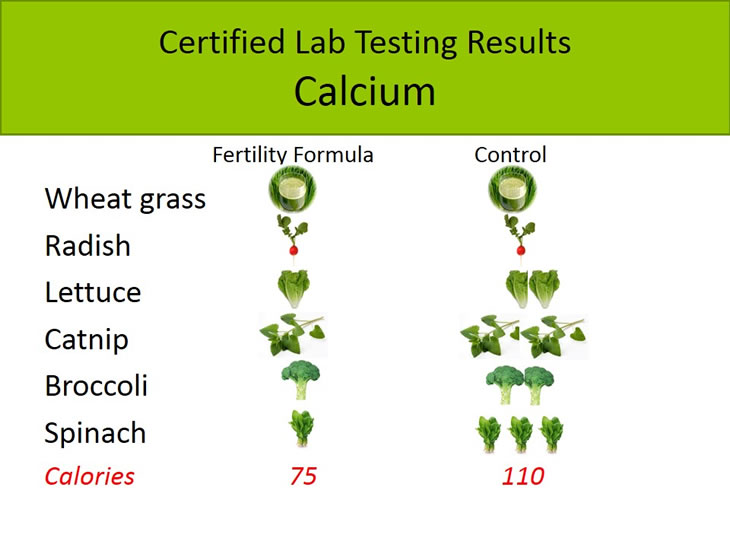 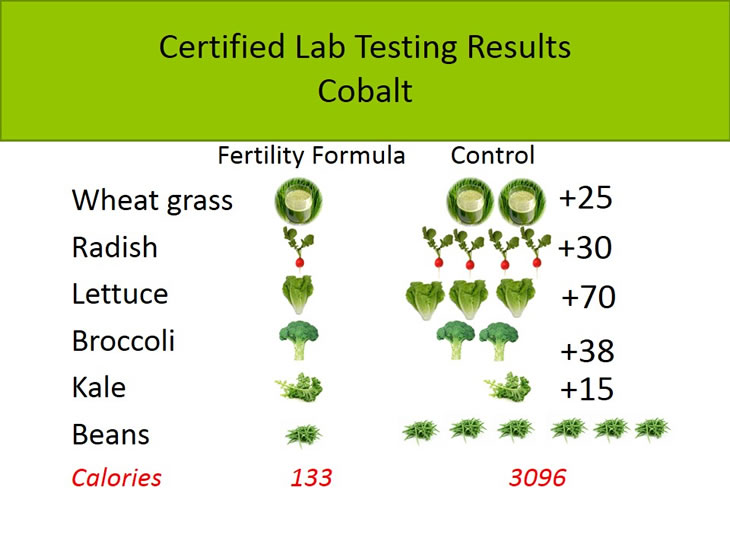 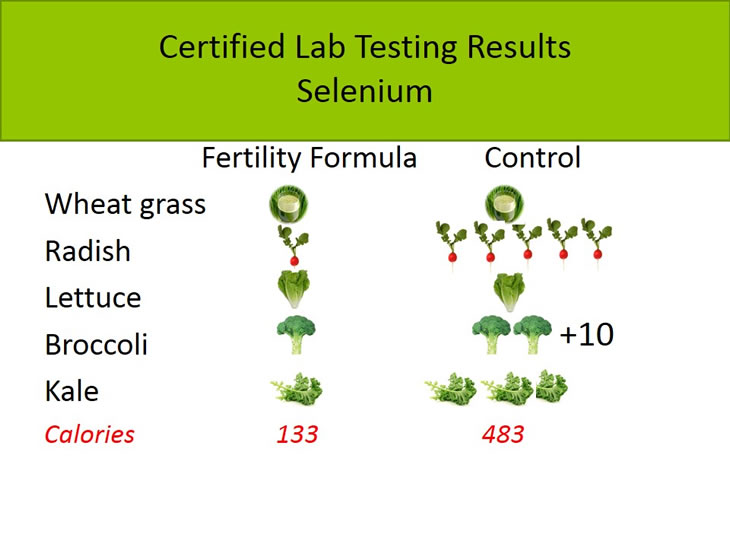 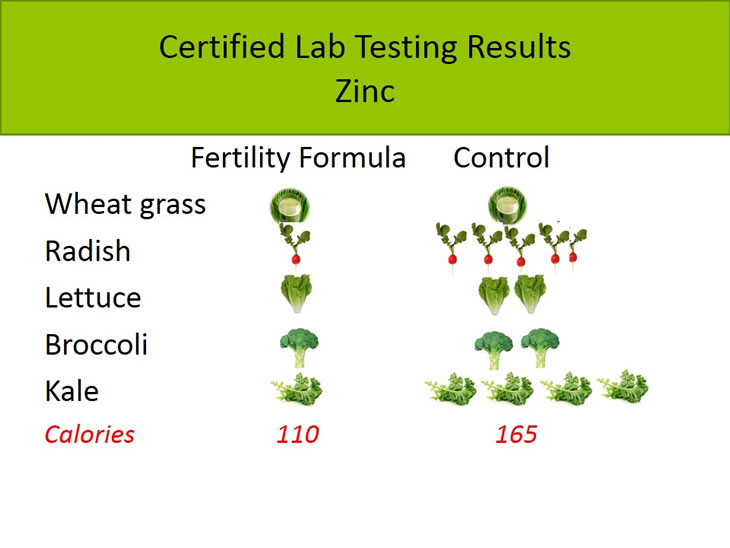 Chromium is required for normal glucose absorption.  It appears to increase the effectiveness of insulin and its ability to regulate blood sugar levels.  It may also be involved in protein synthesis. It is best absorbed when taken in compounds (complexes). In the majority of all chromium supplementation studies in the United States, at least half the subjects with impaired glucose tolerance improved with the addition of chromium, suggesting that the lower ranges of chromium intake from typical U.S. diets are not optimal with regard to chromium nutrition.*

Iodine is unevenly distributed in the environment. In large areas, often mountainous, environmental levels are inadequate for humans and animals.  Iodine is especially important for the thyroid gland which regulates the body’s production of energy and metabolic rate, and is involved in the conversion of carotene to vitamin A, in protein synthesis and in synthesis of cholesterol, which is the building block for hormones.  Deficiency of iodine can result in goiter (enlarged thyroid) and hypothyroidism (which in turn leads to weight gain, dry skin and hair, sensitivity to cold, sluggish metabolism, slowed mental reactions and hardening of the arteries). Deficiency has also been linked to breast lumps.*

Calcium is an essential chemical element largely concerned with the structure and rigidity of bones and teeth.  A small portion is involved in blood clotting, transmission of impulses from nerves to muscles, and regulation of the parathyroid gland.  One percent of the body’s calcium circulating in body fluids maintains correct acid-alkaline balance and regulates the heartbeat among other vital functions.  Lack of calcium in the diet leads to a form of “leaching out” of bone mineral content (osteoporosis) and when vitamin D is also deficient, the condition known as rickets occurs.*

Manganese is an antioxidant, which activates numerous enzymes and has roles in protein, carbohydrate and fat metabolism.  It is necessary for blood sugar regulation, healthy nerves and brain, sex hormone production, normal skeletal development, production of mother’s milk and a healthy immune system.  Signs of deficiency include poor reproductive performance, growth retardation, congenital malformations in the offspring, abnormal formation of bone and cartilage, and impaired glucose tolerance.  Manganese supplementation has been found useful in treating multiple sclerosis, osteoarthritis and diabetes *

Selenium is an antioxidant that works closely with vitamin E in actions such as production of antibodies; binding of toxic metals like mercury; amino acid metabolism and promotion of normal body growth and fertility.  Selenium protects the cell “machinery” that generates energy. It is also necessary for the production of prostaglandins, substances which affect blood pressure and platelet aggregation.  It protects all membranes; reduces risk of cancer; enhances immune system and protects against heart disease.  Deficiency of selenium has been associated with premature aging, heart attack, muscular dystrophy, cystic fibrosis, infertility and increased risk of cancer.*

Cobalt is an integral part of vitamin B-12. Since all vitamin B-12 is derived from bacterial synthesis, organic cobalt is considered essential.  Deficiency of cobalt may lead to pernicious anemia, retarded growth and nervous disorders. Vegetarians are particularly at risk of deficiency.*

Zinc is found in all tissues. Its functions include enhancing the immune system, specifically the functions of the thymus gland and the spleen; involvement in the Krebs cycle and energy production; maintenance of healthy skin and taste buds; a component of insulin; a constituent of more than 2000 enzymes involved in digestion and metabolism including those for breakdown of alcohol, bone metabolism, protein digestion and phosphorus metabolism. Zinc can prevent toxemia. and protects against birth defects. Signs of dietary zinc deficiency include susceptibility to infections, stress and fatigue, loss of appetite, growth retardation (including dwarfism), delayed sexual maturity, skin changes including acne and stretch marks, prostate disorders and immunological abnormalities.*

What sets us apart